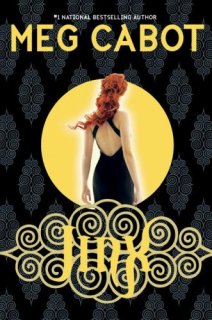 I love chick-lit. I really do. Some people think that the fact that a book does not involve complex psychological evaluations, a political context or profound metaphors makes it bad; some would say that the writing itself has to be intricate and beautiful if a book is to be taken seriously.

I must, however, disagree. I have always considered the hatred on everything that seems to be successful (Twilight, Fifty Shades of Grey and even poor Mr. Justin Bieber) a bit… if I’m being honest, lame. When it comes to arts, I believe a piece of work can, indeed, be judged good or bad, but that judgement needs to take place considering the goals of the artist. I don’t think a living soul would say that Mozart or Chopin weren’t any good because they didn’t have the lyrical complexity of, say, Pink Floyd: they didn’t want to write lyrics in the first place. So if someone dislikes the idea of reading about teens falling in love with vampires or girls having boy issues, simply read something else. If you like a genre and think a piece of work failed to achieve its goal – a catchy chorus, a sweet romance, a supernatural suspense -, call it bad. But let the ones who like these genres consume them in peace.

Having said that, I can now easily explain why I thought Jinx (written by Meg Cabot, published by Harper Teen, 262 pages) was such a nice book: it reaches its goals. The story follows Jean, nickname Jinx, as she moves to New York in an attempt to escape something (yes, a mysterious something) she left at her hometown in Iowa. Jean has the worst luck even seen: from the moment she was born, everything seems to go wrong when she’s around, which, of course, means that sweet neighbor Zach, his dark hair and green eyes, would never be interested in her. The plot’s conflict is mainly centered, however, on her relationship with Tory, her cousin, who seems to be getting a little too fond of the use of not-so-white magic.

Yes, magic. Meg Cabot is such a talented chick-lit author that she can pull anything off, from girls finding out that they are princesses to witchcraft, in short, concise, fast-paced books. Jinx is no exception: it has exactly the right amounts of mystery, romance and humor to keep the reader sat down from the first page until the last. All characters are very well developed and credible, from Jean herself to German au pair Petra and, of course, Zach – the worst sin a chick-lit author could commit would be creating a “prince” that has no personality or that sounds like any other boy from any other novel. Meg, being the experienced story-teller she is, is able to create one of a kind boys in absolutely every book she writes.

Is it profound and introspective? No. Was it written in Shakespeare’s or Scott Fitzgerald’s style? No. But it was never meant to! Sometimes all we want is to read is a simple boy-meets-girl story and Meg Cabot delivers it as brilliantly as very few authors manage to do. Any chick-lit fan would most likely enjoy this fun, sweet book, which is at the same time interesting and well-written, fast and thorough. If I were to rate it, I would give it a 5/5 faster than you can say ‘jinx’!

So says Lord Henry Wotton to a pure, innocent, marvelously beautiful Dorian Gray on the second chapter of Oscar Wilde’s The Picture of Dorian Gray (my copy being a Barnes & Noble edition, 214 pages). The book, released in 1890, tells the story of a young man whose incredible beauty serves as inspiration for a painter, Basil Hallward, to create his masterpiece: a portrait of his male muse which, as the artist says, was done with such feeling that it contains a part of himself. Dorian, who resembles a blank sheet of paper – untainted and inexperienced to the point of naïvity – at chapter one, is introduced by Lord Henry to the seed of all that comes for the rest of the book: vanity.

Lord Henry likes to make statements: statements about arts, statements about life,  about love, beauty, religion or whichever topic comes into discussion. The reader learns that from the very start, being introduced to this character through long, continuous speeches that seem to accept no other opinion but the one he proffers. It is exactly this, his certainty at affirming, his summarizing of everything that is complex in a few sentences, that makes him so tempting and fatal to vulnerable Dorian, who, having been convinced that beauty and hedonism are all there truly is, cries, as he sees his portrait finished: “If it were I who was to be always young, and the picture that was to grow old! For that – for that – I would give everything!”. And so happens the premise most of us were already acquainted with: the picture does grow old and Dorian’s sins do not taint his perfect face.

I found the book absolutely incredible. The duality of Dorian’s life is portrayed with elegance, which reminded me of The Great Gatsby, one of my favorite books. Wilde writes so exquisitely that the story mimics Dorian’s being, with a perfect, fashionable façade  and, at the same time, a sinful, cruel, egoistic content. The book, which was so criticized when published, does actually the opposite of what it was said to do: instead of praising hedonism with no boundaries, it shows exactly how despicable one becomes by ignoring the feelings of others and the consequences of one’s actions. The book is short, but its story is so beautifully put that I ended up feeling that much more had happened in it than in most 700 pages long epic novels.

Though Wilde has altered part of the book to calm down the critics, this remains a strong piece of criticism of society as of today. It reminded me of Panic! At The Disco’s song Build God, Then We’ll Talk and its exposure of conducts that would fit perfectly on Dorian’s story – I can’t reveal enough to spoil it, but everything that happens shows us how, as Dorian himself notices at one point, the wicked aren’t punished and the good aren’t rewarded. True punishment to those in society’s favor seems to come only from the inside, from conscience itself, whether this revelation is presented by simple guilt or by one’s reflection on a portrait. The ending – shocking, tragic, perfect – is the best way to summarize the book’s essence.

If you haven’t read this yet, trust me, it deserves all the credit it is given. The preface itself is so superb it brought tears to my eyes; Oscar Wilde’s defense of his book right at its beginning is so perfect it should be taught at every school and every Literature class. As it says, “Diversity of opinion about a work shows that the work is new, complex, and vital”. I truly believe that this book, in all its complexity, deserves every word of praise it has ever received. 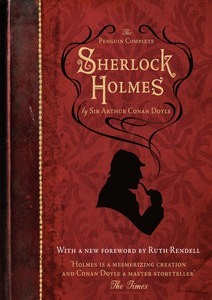 “There’s the scarlet thread of murder running through the colorless skein of life, and our duty is to unravel it, and isolate it, and expose every inch of it”.

Those are the words uttered by Sherlock Holmes, the world’s most famous literary detective, while explaining his duties as an investigator to his loyal companion, Watson, fetching both the doctor’s and the readers’ full attention in the process. The famous inhabitant of Baker Street, 221B, has gained recognition not only because of his brilliancy in solving crimes, but also for the elegance and charm manner in which he does it.

The first book featuring Holmes, A Study in Scarlet (Sir Arthur Conan Doyle, read on Complete Sherlock Holmes, Penguin, the first book counting 86 pages), is the short, concise, yet eloquent tale of a curious murder: a man, Enoch Drebber, is found dead inside an apartment, a ring dropped by his side, no signs of struggle, the German word Rache printed in blood on a wall. Scotland Yard is at loss and must, as much as it wishes it didn’t have to, recur to the private detective’s talent. Saying anything else would spoil the case, for Mr. Holmes’s genius also resides on discovering what is and what isn’t important for solving the crime. I may say in advance, though, that he does not disappoint: it is incredibly enjoyable to follow his tracks, to be surprised by his amazement at what seems to us trivial at first, to be shocked at the explanations on how each deduction took place. The reader is tempted to also deduct and conclude, because the story is told in such a pace that one finds oneself running along Watson to keep track of Holmes’s steps – and, let’s face it, to solve the crime just as fast as he does.

The story is divided in three parts, the first and the third ones being told by Watson and the second one consisting on a tale that explains the reasons behind the murder, the why to the who and how discovered by Holmes. Perhaps is that the reason why, at least to me, the second part of the book seemed slower, nearly boring, when compared to the others; Holmes is such a fascinating character that anything that comes between two of his appearances will seem a bit colorless, a little damp. The book is so short, though, that the second section does not in any way diminish its value.

I dare say this is the best book of the crime genre I have ever read – only, of course, I haven’t read the rest of Sir Arthur Conan Doyle’s stories yet. This is, however, a brilliant tale in every aspect: well written, well organized, giving the reader every piece of evidence Holmes has and not holding information back (which is something that particularly annoyed me when I read Agatha Christie). By allowing Watson to tell Holmes’s story, the author came up with the best trick he could ever use, making it possible to both explain the deductions in a way that us, mere mortals, may understand (since Watson also needs the explanations) and yet keeping the detective’s brilliancy protected. The concision is also enviable and shows how much of Holmes was in Sir Arthur Conan Doyle’s blood; the ability to tell a story with just enough words to make it both understandable and fast-paced is a treasure only possessed by few.

If you are looking for a good mystery tale and haven’t read this yet, hurry up! Holmes is already half-way through solving the crime and I give you my word: it is worth keeping up with him.